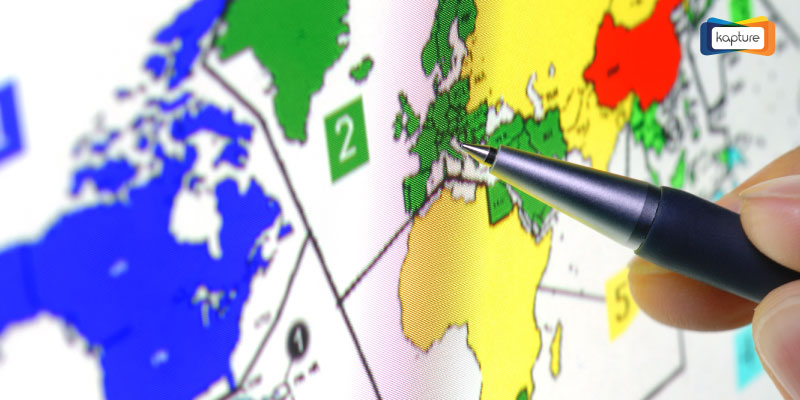 Round Robin is a scheduling strategy which is not only music to the ears, but also very interesting to understand in-depth. Round Robin is a classic when it comes to resource sharing and is widely used and accepted lead assignment style in sales.

The basic idea in Robin Robin Scheduling is that there must be an even and equal distribution of leads within sales teams, or it’s not fair to agents within the team. But the fact remains that perfectly even distribution in sales may always remain a dream for even the best-organized sales team since there’s always going to be a few left-out follow-ups that need to be assigned somewhere.

Round Robin Scheduling is an assignment strategy that distributes leads to team members one after the other until everyone has a lead, after which assignment begins again from the first assignee.

A dedicated lead assignment strategy is relevant in sales since, in the absence of one, sales teams can end up wasting 90% of their time and resources compensating for one.

Round-Robin Scheduling can be summed up in a few words as follows:

“One at a time, rotationally.”

Defining Round Robin in Sales:

Although Round Robin is smart and efficient on paper, the data and its quality fed to the algorithm plays a major part in its effectiveness.

An ideal scenario where Round Robin is at its peak effectiveness:

Round Robin works in tandem with the Sales Funnel and for lead generation campaigns. By making these strategies more efficient, RR prevents loss of leads and wastage of resources.

The round-robin algorithm performs distribution based on a set of numbers.

In sales, distribution and assigning of calls/emails, etc., occurs based on qualifiers such as ‘next free agent’, ‘best call agent’, etc.

Understanding How the Round-Robin Algorithm Works for Sales:

Let’s imagine that there are 4 sales agents within a territory team namely; A1, A2, A3, A4. Now we assign a priority to each agent based on factors like an available agent, best agent, etc.

Let us now set a specific lead handling duration for each agent, in other words, the time required for each agent to attend to a lead.

Now during an enquiry lead flow, let’s assume timeshare for each agent for lead handling as 2, after which the agent is once again available on priority for assigning.

The round-robin assignment chart for 7 leads in this scenario will be as follows: